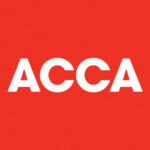 The Chancellor has announced on 15 March that he would not be going ahead with his Budget proposal to increase the National Insurance Contribution rates for self-employed people.

In the Budget of 8 March 2017, he announced that Class 4 NIC rate for the self-employed would rise by 1% to 10% in 2018/19 and by a further 1% in 2019/20. The proposed increases provoked a widespread outcry, not least because the Conservatives 2015 election manifesto stated “we can commit to no increases in VAT, Income Tax or National Insurance.”

A week later, perhaps appropriately on the Ides of March, the Chancellor issued a letter to MPs saying that there would be no increase to Class 4 NICs “in this Parliament”. However, the abolition of Class 2 NICs will still go ahead from April 2018, meaning that the self-employed will generally see their NICs bill fall from 2018/19.

At Prime Minister’s Questions, Mrs May has said that the government would review areas of difference in the treatment of the employed and self-employed following a forthcoming report of modern working practices being prepared by Martin Taylor.  Mrs May’s comments reiterated a point made by the Chancellor, who also wrote in his letter that “The cost of the changes … will be funded by measures to be announced in the Autumn Budget.”

All data and information provided in this advert is for informational purposes only and is not intended to substitute for obtaining accounting, tax, or financial advice from a professional accountant. Emma Stevens Accountancy Ltd makes no representations as to accuracy, completeness, correctness, suitability, or validity of any information in this ad and will not be liable for any errors, omissions, or delays in this information or any losses, injuries, or damages arising from its display or use. All information is provided on an as-is basis.

This website uses cookies to improve your experience while you navigate through the website. Out of these, the cookies that are categorized as necessary are stored on your browser as they are essential for the working of basic functionalities of the website. We also use third-party cookies that help us analyze and understand how you use this website. These cookies will be stored in your browser only with your consent. You also have the option to opt-out of these cookies. But opting out of some of these cookies may affect your browsing experience.
Necessary Always Enabled
Necessary cookies are absolutely essential for the website to function properly. This category only includes cookies that ensures basic functionalities and security features of the website. These cookies do not store any personal information.
Non-necessary
Any cookies that may not be particularly necessary for the website to function and is used specifically to collect user personal data via analytics, ads, other embedded contents are termed as non-necessary cookies. It is mandatory to procure user consent prior to running these cookies on your website.
SAVE & ACCEPT